COVID-19 Update: Click Here to see the latest on how to best reach our team during the COVID-19 outbreak.

The Independent Insurance Agents of Indiana selected WalkerHughes Insurance as the recipient of their prestigious 2019 ‘Agency of the Year’ award.

The Independent Insurance Agents of Indiana selected WalkerHughes Insurance as the recipient of their prestigious 2019 ‘Agency of the Year’ award.

Presented to a member agency that exemplifies leadership and innovation within the system and top-level customer service, both the nomination and selection speak volumes to the respect industry colleagues and competition have   for an agency and their accomplishments. “We’re continually reinventing ourselves to prepare for the future. This honor is an affirmation we are moving in the right direction”, stated Ben Schoettmer, CEO.

To accurately describe the honor this award symbolizes, it is important to first explain how WalkerHughes Insurance came to fruition.  Formerly Walker & Associates Insurance and Hughes Insurance Group, the two merged January 1, 2018 forming WalkerHughes Insurance.  Walker & Associates was founded in 1960 by the late Douglas and Joanna Walker, their son Doug joined the agency in 1973 and later purchased the company from his parents.  Benjamin Schoettmer purchased Everett Hughes Insurance formerly owned by Everett and Diane Hughes in 2008 and rebranded the organization to Hughes Insurance Group.  Doug, Ben and their organization have been joined by agency owners throughout the state who identified the opportunity to join forces with likeminded professionals focused on keeping the customer first.  WalkerHughes proudly operates 15 office locations throughout 14 counties in the state of Indiana. 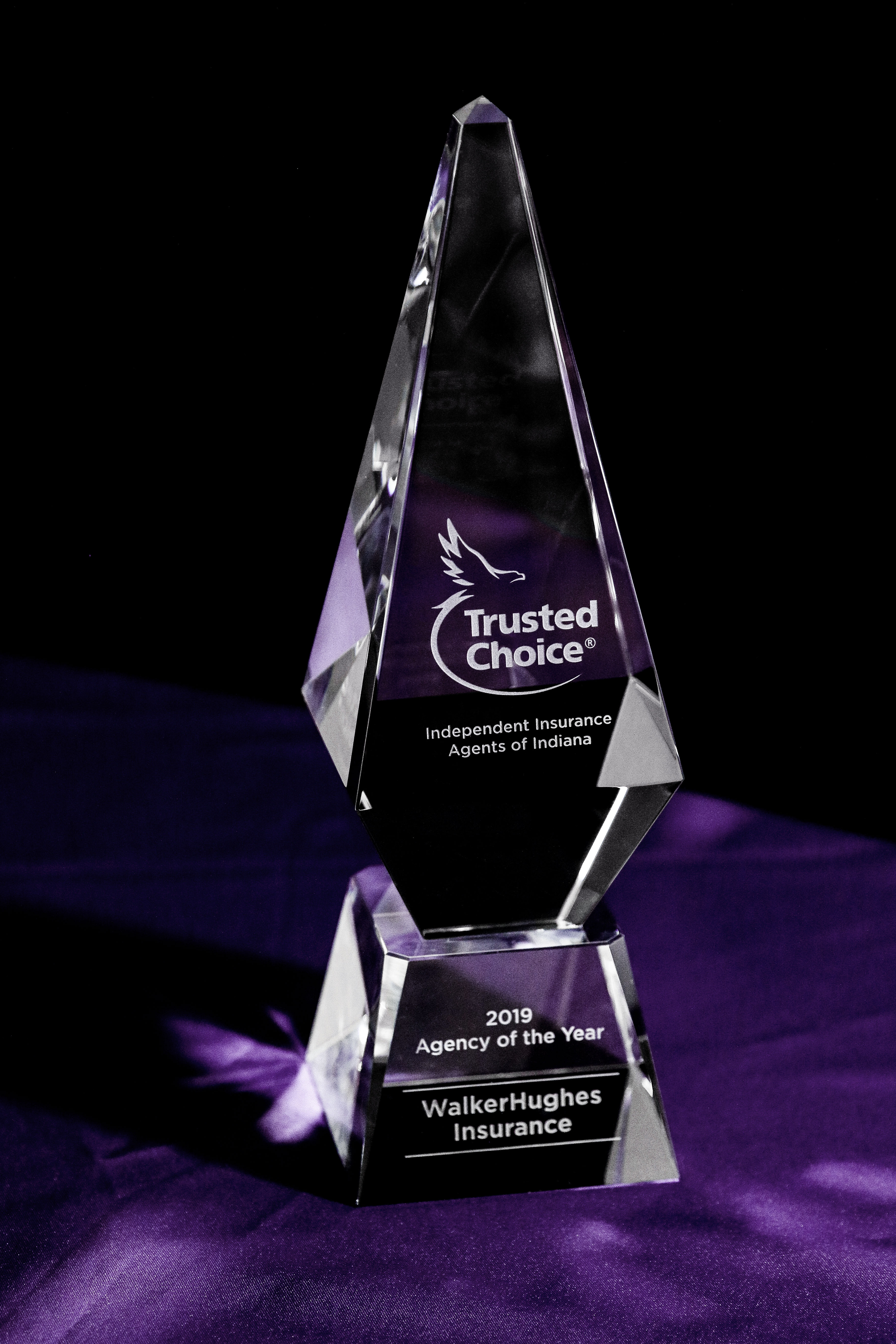 Independent Insurance Agents of Indiana, commonly referred to as the "Big I", presents several awards at their annual convention in downtown Indianapolis.  The majority of the awards are primarily focused on outstanding individuals in the insurance industry and highlighting individual achievements, while the of ‘Agency of the Year’ is an accomplishment recognized for the entire organization.  “I believe this award highlights all of the outstanding people we have within our organization; individuals who are dedicated to being not only hardworking insurance professionals, but kind, honest, caring citizens as well.  We are very fortunate to have attracted such talent and are proud to have people who believe there is equal importance between doing things right and doing the right thing in all interactions”, stated Doug Walker, President.

While the WalkerHughes name is new to some, the former agencies that it is comprised of have hundreds of years of history, service in the insurance industry and commitment to their clients and local communities.  "I'm excited that this is the very beginning of our journey", Ben Schoettmer.